(Latin for smack dab in the middle.)

For you youngsters who weren't around in September 1973 (around 65% of the world's 7 billion), you should know that the US of A was right in the middle of one its worst crises ever, usually referred to as Watergate (after the name of the building in Washington that President Richard Nixon's men had burglarized trying to get damaging information about political opponents).

As for your reporter, I had been admitted to the new law school at Southern Illinois University, and was back in my hometown after several years of bouncing around the country. That pre--law-school summer of 1973 for me was spent watching the Senate Watergate hearings on TV.  Television cameras covered the Watergate hearings gavel-to-gavel, for about five hours a day, from May 17th until August 7th, just in time for me to get to law school. 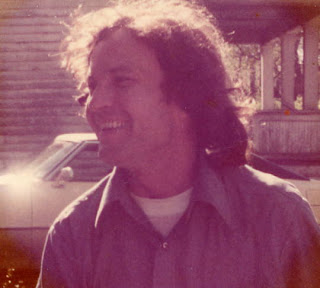 The Washington Post, whose reporters had broken the story, has a good summary on its website at http://www.washingtonpost.com/wp-srv/politics/special/watergate/.

Check out the book by Bernstein and Woodward, and the movie with Dustin Hoffman and Robert Redford.

Anyway, the dirty business in Chile was going down as the Nixon administration was about to go up in flames, to mix a metaphor or two.  One of the main architects of the US policy to bring down Salvador Allende (who though a socialist was after all democratically elected) was "Dr." Henry Kissinger. [At Harvard, where nearly everybody who's anybody has a Ph.D., it's always been considered kind of tacky to call yourself Doctor so-and-so. The prestigious title is Professor.] Kissinger was a named defendant in lawsuits filed by the Hormans and others, but he has, so far at least, stayed out of prison. As Christopher Hitchens put it in The Trial of Henry Kissinger:

"His own lonely impunity is rank; it smells to heaven. If it is allowed to persist then we shall shamefully vindicate the ancient philosopher Anacharsis, who maintained that laws were like cobwebs: strong enough to detain only the weak, and too weak to hold the strong. In the name of innumerable victims known and unknown, it is time for justice to take a hand." And see this, from the Center for Constitutional Rights.